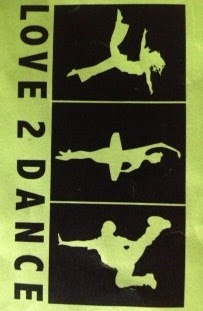 For the first several weeks of dance class last fall, Ella entered the studio tearfully. The first day, as she sat against the wall watching the other children leap and twirl, she turned to me and said, a bit desperately, “Mama, I want to do that.” But she wouldn’t – couldn’t – move from the edge to the center of the room. This weekly ritual was painful for both of us, and more than once I was on the verge of pulling her from dance class, waiting another year, or forgetting it altogether.

When she was a toddler, she was fearless. She would climb the stairs, jump off the couch, laugh at anyone, tackle her twin brother, play with worms, splash in puddles with unending exuberance. She took to skiing without a backward glance as she careened downhill. She pedaled her tricycle – then a bike – with happy abandon. Then she went to preschool, and my oldest daughter realized there is a whole, big world out there.

Even in a safe place, surrounded by a dozen other children her size, she stuck close to her brother or her teachers. At home she was silly and strong and independent. But at school, she was reserved and quiet – attentive and engaged, but still shy. As her brother expanded his social horizons, running further and playing more with the other children, she still clung to me each morning at drop off.

This year I have watched her, a kindergartener now, branch out to new friends and new experiences. She has learned to spell bigger words and read on her own, add numbers and measure dinosaurs. She maneuvers through other students on the playground at recess. She took weekend ski lessons all winter, with her brother there by her side, and played soccer and t-ball. And she started dance lessons.

From Wednesday through Tuesday, Ella chatted happily about dance class and the moves she was learning and the other kids there. Each Tuesday afternoon, though, the anxiety returned as we arrived at the studio. Ella wanted to dance. I wanted to instill the importance of finishing what you’ve started and the value in overcoming anxiety to get to the fun of something that is initially scary, but ultimately rewarding.

Ella’s dance teacher, Miss Kathy, who is ingenious in ways beyond dance instruction, created a Bravery Chart to help ease the initial angst of class. For completing tasks like walking into class by herself, sitting with the other dancers during attendance, and remembering to have fun, she received a sticker each week. Although still a bit nervous at the start of each lesson, Ella was soon smiling through dance class with the other children and showing off new moves at home.

We all have our fears to face, whether we’re 3 years old or many decades beyond – starting a new job or leaving a comfortable but unfulfilling one, walking through the doors of a new school, training for a marathon or a 5K, moving away from home, ending a relationship or diving into a new one, writing a book, meeting new people, fighting or accepting an illness. Sometimes we have no choice but to confront a challenge. Sometimes we choose to simply take the easy, comfortable way. Often, though, if we make the decision to face what makes us fearful or anxious or just uncomfortable, the rewards are big: personal happiness, professional satisfaction, new friends.

For my daughter, sticking with dance class was a challenge. Would she have been OK if we had decided to wait for another year? Sure. But we both knew she wanted to do it, and I think we would have regretted that decision, even if it had meant less hectic Tuesday afternoons.

Last weekend was the recital. It’s a big deal, with some three dozen groups performing and hundreds of people from throughout our area turning out to watch two shows. Ella was excited, but also nervous – not with stage fright, but with her usual separation anxiety. When I left her backstage before each show, she was clingy and a bit tearful.

But when the curtain came up, there was her smile and her six-year-old shimmy. Not a hint of the fear or anxiety she’d exhibited months ago or a few minutes earlier. Just pure, dancing joy – proof that sometimes doing the thing that is hard is also the most fun.


Catch a glimpse of a mother holding her newborn baby, and you’ll likely notice that universal new mom expression: part joy, part utter exhaustion, a big part wonder, an even bigger part love. It is a look of realized anticipation – and unanswerable questions. You’re here. I love you. Who are you? Who will you become? Who will I become? 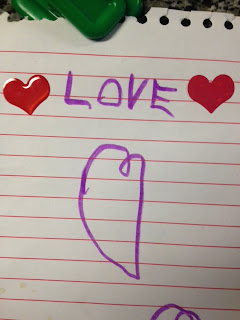 We come to know our children, little by little, as well as we can. My three are still young– aged 6 and 4. I’ve known them all their lives, and I still have the same questions I did the first time I held each of them, felt their small newborn weight, gazed upon faces unknown and yet familiar.

In a way they are each the same to me as they were in their first moments: the determined and imaginative little girl, the thoughtful and sensitive boy, the younger sister always watching and ready to join the action. In many other ways, they change every day, adjusting to the world around them and to their own comprehension of that world and of themselves.

I have a clear recollection of rocking my oldest daughter back to sleep after a middle-of-the-night feeding when she was a few months old. Watching her in the dusky glow of the nightlight, I saw in her face the newborn Ella, the baby she had become in the months since her arrival, and the little girl she would soon be.

That phenomenon still hits me sometimes, always out of the blue. I’ll look at her to say something, and I’ll see the toddler she was not so long ago, the vibrant kindergartener she is now, and the teenager she’ll be well before I’m ready, all in that one small, wonderfully expressive face. In those moments, I still wonder who she’ll become. I wonder who my serious, sweet, silly son will be 20 years down the road. I try to envisage how the playfulness and caring and fiery temper of my 4-year-old will manifest in her grown self.

I imagine my own mother still occasionally glimpses the child I was, somewhere behind my graying hair and deepening crow’s feet. I imagine mothers everywhere have those glimpses of their children.

When I was a little girl, then a teenager, then a college student, I had a hard time answering the question, “What do you want to be when you grow up?” Being a mom is the one job I always knew I wanted. It’s everything and nothing like I expected, and it changes every day. Sometimes, often, it’s beautiful and fun and beyond sweet. Other times it’s downright ugly.

Mothering is hard work, but it’s good work, life’s work. If that sounds really cheesy to you, you’re probably not a mom. And if you think keeping kids safe and good and preparing them to be positive members of our world is a cake walk… well, all I can say to that is, “Ha!”

But most of us wouldn’t trade it for anything – not a million bucks, not a second home in the Bahamas, not even a full time nanny. Because it’s really a pretty great gig. And the payment comes in the form of kisses and snuggles, sweet voices calling, “Mama, I love you,” watching our children learn and grow, sharing with them the constant wonder of things little and large, and the hope that whatever they become it will be something good.

Do I want to escape sometimes, just walk out the door and keep going? Absolutely. Will I ever do it? No way. I want to stick around to see who my children become – tomorrow, next year, decades down the road. Wherever they go, whatever they do, whomever they become, I’ll love them forever. Along with all the other stuff, that’s just what moms do.


The past week or so has felt more like mid-summer than spring, and so over the weekend I made a good start at putting the vegetable garden in. The peas are planted and four rows of carrots, some greens, broccoli, and a few green beans. There’s still work to be done, of course. Always is with gardening.

No matter if I’m tilling the soil, planting seeds, or dragging weeds out by their roots, I often get a little ditty stuck in my head while in the garden. It’s something my kids learned at preschool from local musician and environmental educator Barb Desroches, and the refrain goes like this, “Rocks, rocks, rocks. There are rocks all over the earth. There are rocks on the mountain and rocks in the sea, so many rocks to see.” Barb doesn’t mention the rocks in the garden anywhere in her song, but they’re there, nonetheless.

It doesn’t matter how many rocks – from thumb-sized to boulder – I’ve dug and picked and sifted out of the garden the year before, every spring I find a new crop. And that crop seems to grow uninhibitedly through the spring and summer and into the fall. A few years ago while digging for Yukon Golds, I found some Granite State Boulders instead. It took half the afternoon to dig those suckers out, and they were too heavy to pick up, so I rolled them out the garden gate and left them for the tractor.

It’s no wonder, with all these rocks, that New England is crisscrossed by stone walls. The first farmers needed a place to pile all that glacial till – and, I suppose, a way to keep the animals in the pasture. It seems a little crazy that early settlers continued their attempts to farm this rocky soil. It’s tough enough to grow a family garden!

Of course, the early folks didn’t have the luxury of a quick drive to the store, regardless of the season, to pick up veggies grown in California or some other faraway place for dinner. What they grew was what they ate. And eating what you’ve grown by your own toil is still satisfying, even if the grocery store is just down the road. There’s just something pleasing, beyond that sun-warmed, fresh taste and superior nutrition, about growing and eating your own vegetables.

I picked more rocks than I care to count from the dirt today, as I placed in the garden the seeds that will grow into this year’s harvest. My feet and fingernails are dirty, my shoulders tinged brown from sun and soil, and it’s a joy to look at my little garden in the back yard and see the neat rows of dirt packed over the tiny seeds.

Sure, there is more rock picking to come this season, and too many weeds to pull and bugs to battle. But each morning, my first gaze will be out the bedroom window at that fenced-in rectangle, where I’ll watch the seeds sprout green from the dark soil, growing higher and fuller, flowering, bearing good food to eat. Unearthing a steady stream of rocks seems a small price to pay for that reward.

Original content by Meghan McCarthy McPhaul, posted on her Blog: Writings from a full life.