Birthday season is in full swing in our house. All the humans who live here turn another year older during a stretch of five weeks. And from the first week of January to the last week of February, if you add only the local members of our extended family into the mix, we have nine birthdays. That’s a lot of cake. And a lot of reflecting on the passage of time. 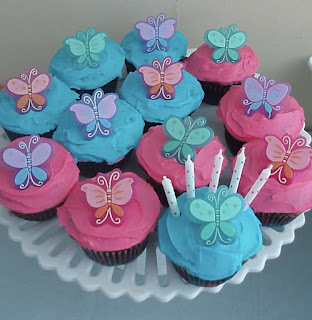 This stretch of winter weeks used to entail lots of time spent baking (and frosting and eating) cupcakes, wrapping presents, and planning parties for little people. Recently, I came across decade-old photos from a dinosaur-themed birthday party, including some pictures of dino-masked preschoolers playing Pin the Tail on the T-Rex. The birthday honorees in those photos are now mere months away from having their drivers permits. Gulp.

For a year after my youngest was born, I could claim I had three kids under the age of 3. It was a statement that was partly prideful (as in, “I don’t know how, but I am doing this!”), but also partly oh-my-gawd-help-me! Now that I’m about to have three teenagers in the house, I feel the same way. I am so proud of these humans my husband and I are raising. And I am so challenged by raising them.

Early in my parenting career I realized, often in moments of panic, that I had no idea what I was doing. This parenting thing, it’s no joke. And sometimes it’s wicked hard. What if I did something that totally messed up these children I had born and am responsible for growing into adulthood? Fifteen years into being a mom, that feeling lingers, sometimes just a distant internal hum, other times an anxiety-laden roar.

When the kids were little and I’d be out with them – at the playground or in the grocery store, with all three loaded into the cart – well-meaning parents of much older children (or grandchildren) would smile wistfully and tell me to “enjoy every moment.” And, like parents of small children everywhere, I’d smile politely while silently calculating how many nights in the past month I’d slept for more than four consecutive hours and wondering if I should truly enjoy EVERY moment, including the ones occupied by diaper blowouts, toddler temper tantrums, and middle-of-the-night projectile vomiting.

But even then, I knew my babies would grow faster than I was prepared for. The sweetness of those baby and toddler stages – and of just about every stage since – trumped all the not-so-sweet stuff. I have tried, all along the way, to cherish the best moments, even the ones – or maybe especially the ones – comprising such normalcy as a 6-year-old holding my hand as we walked down the road or a teenager skunking me in a game of cribbage. I have made it a conscious habit to NOT wish time away. And, still, the time keeps flying by.

These past few years, I’ve discovered that no one ever tells a mom of teenagers to “enjoy every moment.” But those more seasoned parents will often share a quiet look of sympathetic understanding or some vague words of encouragement. With my friends who are also parenting teens, I lament adolescent angst and eye-rolling attitudes – along with the realization that too soon these kids who can sometimes cause us so much consternation will be out of the house and onto their next stage – one that doesn’t involve hand-holding walks (at least not with Mom), after-dinner family games, homework help, or curfews.

So I strive to continue to hold onto those best moments, even in the midst of the not-so-fun ones. I cherish those rare afternoon ski runs with a kid or three. Or when one of them hugs me and holds on just an extra second or two. Or when they share stories from their day, and I get a little glimpse into those worlds that are more and more separate from mine all the time. I know other parents of teenagers cherish these moments, too, because we sometimes talk about the wonder of that stolen time with our kids, who so often these days are at school or at work or off with their friends or hidden away in their rooms doing homework – or just avoiding their parents.

And at least during Birthday Season, I know these teenagers of mine will emerge from their rooms once in a while. After all, there’s lots of cake to be eaten this time of year.

Posted by Meghan McCarthy McPhaul at 8:50 AM No comments: