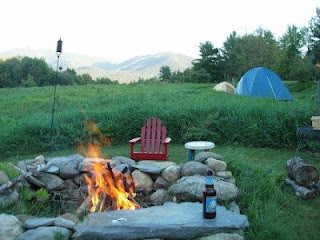 The kids were ready for backyard camping round two that night. Alas, the weekend had other plans for us. Sleeping bags were stuffed back into their sacks, stuffed animals placed back into their inside beds, and the tents dried out and put away. We vowed to go camping – in the backyard or further afield – more regularly. Maybe once or twice a year. Definitely more often than once in a blue moon.
Posted by Meghan McCarthy McPhaul at 1:12 PM