I pity the people who live here and don’t like winter. Those six months from November through April, when snow falls and ice builds up and winter winds whip through the yard, must be excruciating for those who loath this long season. 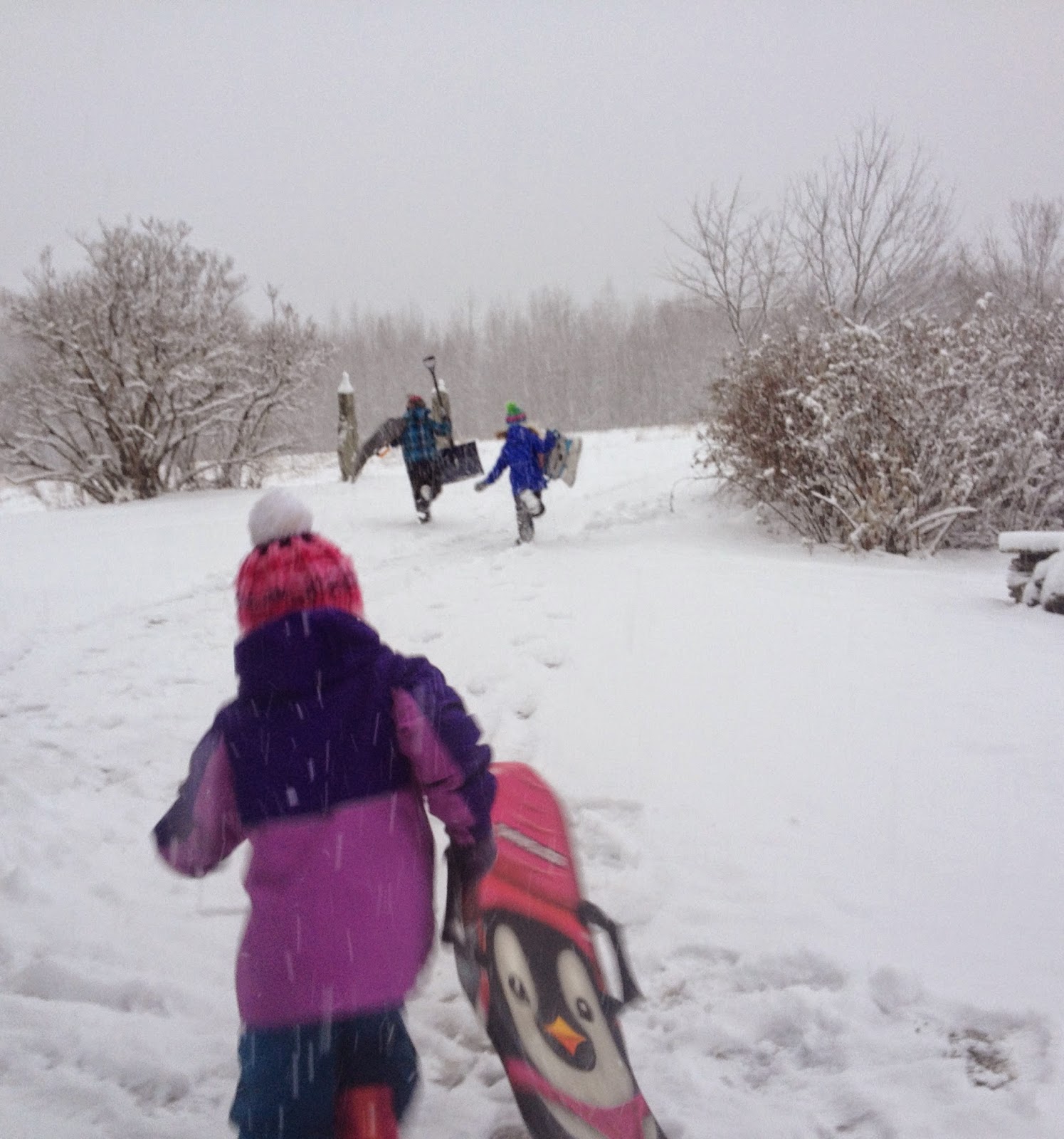 Mind you, while I feel pity for the winter haters, I certainly don’t sympathize with them. If you choose to make your home in New England, especially northern New England, you’d best embrace winter and all it brings. I’ll admit that in November I miss the long, warm days not long past, and come April I am often beginning to tire of snow. But from December through March I am in winter’s thrall.

My love affair with winter has been lifelong. There was little seasonal distinction, when I was a child, in the parental directive to “Go play outside!” In fact, playing outside was encouraged and modeled by our parents year-round, but extra effort was made in the winter. From just before Christmas to sometime around Easter, each Friday afternoon we’d load up the family car with kids, ski gear, and sandwiches for dinner and hit the road for a three-hour drive north. After two glorious days of skiing and playing in the snow, we did the trip in reverse Sunday afternoon. This was repeated every weekend from the time my brothers and I were babies until we all left for college and beyond, and my parents retired to the mountains and gave up the weekly commute.

Skiing has always been a central player of my winter days, but it is only one of many things I love about the season. As I write this, a few days before Christmas, the forecast is calling for rain: a four-letter word of the harshest variety for us snow lovers. But the weather prior to this meltdown, at least north of Franconia Notch, has created a winter wonderland this mid-December that rivals any I have seen, showcasing the season’s enormous beauty. We can only hope that winter’s return is swift and plentiful.

On the best of wintry days, snow falling in big, fluffy puffs or intricately dainty flakes transforms the landscape to sparkling. Views obscured by foliage in summer are opened up when the trees are bare. Those bare branches covered in a crystal-clear skim of ice or the festive white of winter are quite literally dazzling – the stuff of winter storybooks.

Beyond winter’s beauty, if you embrace the cold and snow of the season, the opportunities for entertainment really are endless. There are hills to sled and snow angels to feather into fluff. Snowmen and snow animals to create. Snow forts to construct, with tunnel entrances and high walls and snow benches. Skating on the pond or at the town rink. Snowshoe treks through the forest, where the tracks of myriad woodland animals – along with cross-country skiers and their dogs – crisscross the snowy ground. And when the sky is clear, the early dark of winter eve266nings allows for stargazing just after dinner.

Best of all, in winter there is skiing. For this, I drive with my family along the snow-covered-tree-lined roads of my childhood to reach trails on the same mountain where I skied as a kid. The expectation now, in my family, is the same as it was when I was a girl: on winter days we roll out of warm beds to a morning-cool house and prepare for a day of skiing. There are glades to explore and fast runs on groomed trails, chairlift conversations with friends, and the thrill of speed, wind in your face, and the pure joy of being alive.

When we come home in the afternoon, with the chill of the day lingering on rosy cheeks, sometimes we light a blaze in the fireplace and sip hot cocoa. Sometimes the kids are content to nestle into a nest of blankets and read a book or watch a movie. Often, though, they are soon back outside, building jumps for their sleds or shoveling a new feature into the snow fort. There is simply too much to do, too many adventures to find and fun to be had, to stay inside.

We are on the brighter side of the winter solstice now; the days are slowly lengthening. The abhorrers of winter have that small glimmer to cling to. The winter lovers among us, however, know the fun is just beginning.